My Experience With Sexual Abuse… And Pedophilia 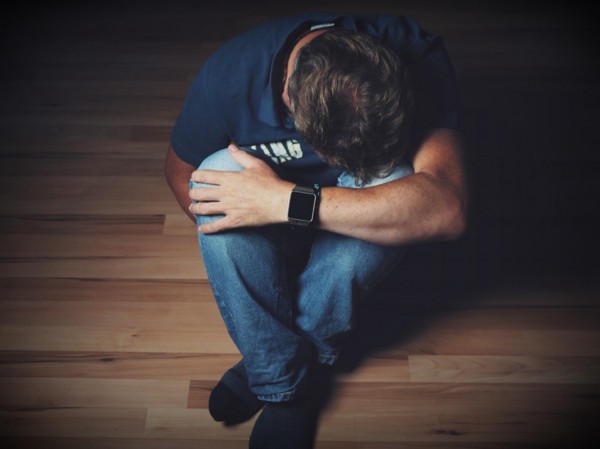 None of the people who sexually abused me were sexually attracted to children. None of them had a criminal history. All of them were people I knew and trusted, and that had a significant impact on my perspective of the world. Not only has that been my experience, that is also what the statistics about child sexual abuse say.

To this day, I still fear being in trouble for what people might do to me, so I try to make everything perfect so I can be above reproach. While I have moved past some of that perfectionism, that fear is still there. Sexual abuse has an impact on people, even if they are not totally traumatized. I was not totally traumatized, but the effects still linger. I never got into drugs, I drink only in moderation, and I do not seem to have an overactive sex drive like some abuse victims do.

When I share my abuse, I do not do it to say I am an expert. I do not do it to elicit sympathy. I do not share my past to evoke a reaction from you. I do it because it sets part of the stage for my advocacy, and it answers part of the question, “Why does this guy spend his free time discussing abuse on the news and reading research?” I think it is time to answer that question.

This should not be very explicit for most people, nor very detailed. Nor should it be- I know there are people who may get aroused by sharing too much detail, and it is an uncomfortable topic.

My experience with child sexual abuse began when I was three years old and wet myself at daycare, and a daycare worker pulled down my pants, cleaned me up, and then molested me. That was only one event, as was the time when I was eight years old and a local teenager exposed himself to me… in front of a neighbor’s house. When I went home and told my mom, I just got a story about how it was normal because she had sex with a neighbor boy when she was my age. But then, this is the same mother that thought it was acceptable for siblings have “potty parties” in the same bathroom, and thought I needed a demonstration on how to hug a girl properly so that her leg rubbed on me.

My final experience with child sexual abuse was when, at twelve years old, my mother insisted on rubbing lotion on a rash I had… and then I asked her to do it again because it felt good. I consider that sexual abuse because she was the adult and more than capable of knowing better, and I was more than capable of rubbing lotion on a rash. In a way, you would have to know my mother in order to understand that she had a long history of making inappropriate comments and jokes. She made nudity a regular thing in our house.

The Rest Of The Answer: Developing Pedophilia

As you may already know, I developed a sexual attraction to children when I hit puberty. I had no words for it, but when I was 14 or so, my attractions started reversing from boys my own age, to boys slightly younger… and by the time I was done with puberty, I had only a very small attraction to men my age, and much of my attraction is towards young boys.

I have no idea what caused it, only guesses.

I have no idea what heterosexuality really feels like, because I have never experienced it the way most do. I am only mildly attracted to women. However, many of my friends and family are heterosexual, and I now have a boyfriend whom I intend to marry soon. I know what romance is like with adults because I am in a relationship with one, and I have seen what relationships look like in the people I care about.

Having pedophilia is just like that, only directed towards children. In the same way a heterosexual wants to woo, cherish, love, be intimate, and yes, have sex with someone of the opposite sex, I feel all of that towards children. Experiencing romance with my boyfriend has been life-changing, because I am not often attracted to men my age. The attraction is there, but it is not significant, maybe 10–20% of my attractions.

The Myths I Believed

I was sexually abused, and for the last five years, I have been seeing a therapist. For part of that, I was also going to a support group. I reached a point after college where I had to face my past and how it was affecting me. I used to hate that I had pedophilia, because I was deathly afraid that it might lead to abusing a child. I was afraid of causing others the same pain I experienced, and when I started therapy, I had only myths to go by. I believed those myths, because it was all I knew.

I believed that pedophiles inevitably molest children, and just keep molesting children, even though the facts differentiate pedophilia from child sexual abuse, and indicate that most who molest and are caught by the justice system do not repeat themselves.

I believed it because I was, and still am, a Christian and believe God can do anything — though He is not the genie that some Christians in my life made Him out to be. And of course, when viewing adult pornography did not change anything, I beat myself up even more. My hatred was directed internally, because I was afraid that the myths I believed were true. That was why I sought therapy, because I was a mess.

Why I Do Not Want To Abuse Children

Having been abused, I know what it does to a child, and what it can do. There were victims in my support group who were impacted much more than I was by their abuse. I would never wish that kind of pain and struggle on anyone. That is why I have no desire to abuse children, and why when I got to a place where I could talk more openly about it a few years ago, I started advocating for preventing abuse before it can happen.

My advocacy has changed a few attitudes I had. I used to think that “child pornography” (properly, sexual abuse images) was wrong because of the impact it has for society, or the “economics” of the imagery where viewing it reinforces its production by increasing demand. Now, I see it as wrong because of what it does to victims. Two significant stories I read that changed that are this one and this one. That is just one example.

It has also changed my attitude towards pedophilia. Knowing what exactly pedophilia is (a sexual attraction to children), and how it is not a choice, means there is really no need to beat myself up or consider myself a risk to children. Therapy has helped me see that hurting a child is a choice, and it is a choice I can choose not to make. Rubbing shoulders with other non-offending pedophiles has shown me that there are other pedophiles just like me who were abused and choose to live a life without abusing children, where before I thought that was inevitable.

So, there you have it. I was sexually abused, and I have a sexual attraction to children. I have no interest in abusing children, and I advocate for the end of child sexual abuse by preventing it before it can happen.