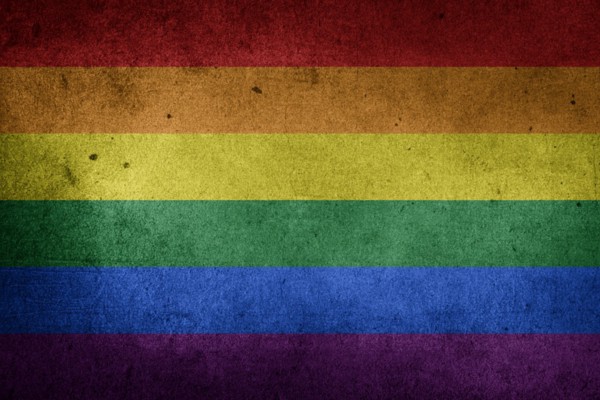 This is Pride Month, and the LGBTQ+ community is celebrating, asking for your help in accepting them as human beings. Why? Because they never chose their attractions, and they deserve to be socially accepted without being hated, maligned, beaten, etc. In case you do not know what Pride Month is all about, I did some digging for you (okay, and for me also):

Gay pride or LGBT pride is the positive stance against discrimination and violence toward lesbian, gay, bisexual, and transgender (LGBT) people to promote their self-affirmation, dignity, equality rights, increase their visibility as a social group, build community, and celebrate sexual diversity and gender variance. Pride, as opposed to shame and social stigma, is the predominant outlook that bolsters most LGBT rights movements throughout the world. Pride has lent its name to LGBT-themed organizations, institutes, foundations, book titles, periodicals and even a cable TV station and the Pride Library.

What Do Pedophiles Want?

Much the same thing, the right to be seen with just as much dignity and respect as anyone else, without being hated, feared, beaten, or stigmatized for an attraction we never chose. Yes, I know. Hold up a moment. What am I talking about here?

So, with that said, defined, and out of the way, pedophiles on the whole do not want child sexual abuse to be acceptable. We care about children, probably a bit more so than the average person. Think of your biggest crush. No, really, the person you absolutely were enamored with and thought would work out. Think of that person. Did you want to cause them harm, in any way? Or did you want what made them the happiest, even if that meant them being with someone else and not you? I think you all know the answer to that question, it is almost universal. Of course you wanted the person to make them happy… to be you, but if it was not you, you would be happy for them and wish them the best.

That is how pedophiles feel towards certain children (no, not all children, any more than a heterosexual man feels strongly about every woman). So, the idea of being sexual with them — even if we feel that way — is not really the first thing that comes to mind. We want them to be happy, we want the best for them, and being sexual… is not fitting with what is best for them. Not only can children not consent, there are a myriad of instances where an adult being sexual with a child causes the child harm. I have covered this extensively, because it seems to be something that those unfamiliar with pedophiles or the MAP community do not seem to grasp, or are skeptical of.

At Its Core, What Is Pride Month About?

At its core, Pride Month seems to be more about the social acceptance of those with gender identities or sexualities that differ from heterosexuality, more broadly, the attraction between an adult man and an adult woman. In other words, seeing those that differ from the sexuality/gender norm or stereotype as being just as human and worthy of dignity and respect as anyone else.

On that particular point, I wholeheartedly agree: Pedophiles deserve that just as much as anyone else. We never chose our attraction to children. We never chose for the stereotypes that all of us are child molesters, while the facts say we are no such thing. So, in that narrow context, I agree that pedophiles should be a part of the Pride Movement.

…But What About Behavior?

This is where things get tricky, and you simply cannot compare the LGBTQ+ movement to pedophilia and to pedophiles, since there is no way for a pedophile to ethically act on their attractions to children, by viewing real-life pictures of them in sexual situations, or by directly being sexual or romantic with a child. Not only are children incapable of handling that kind of a relationship, the risk for harm is far to great to be gambling a child’s life over. And as previously discussed, harm is the last thing any pedophile wants to cause in a child.

In every other area in the LGBTQ+ movement, adults are attracted to adults or teenagers attracted to peers, and able to find age-appropriate partners. But with pedophilia, there is no capacity for this, pedophiles cannot act on their attraction to kids. Some pedophiles are exclusive, and only attracted to kids, some are also attracted to adults. Regardless, it is wrong to act with a child. It is for this reason — that the LGBTQ+ movement has also been about the rest of society not just accepting people for what sexuality or gender they align with, but also the relationships they form.

To the best of my knowledge, there is no formal push to have pedophiles/pedophilia be a part of the LGBTQ+ movement. At best, there are mixed feelings for pedophiles about whether that would really be appropriate, for the aforementioned reasons. Ender Wiggin covered the idea of Pride some time ago as well (censored by Medium). While a pedophile should not feel ashamed for their attractions, it is likewise not logical to actually feel pride for them either. No, the pride comes from standing up to the stigma, shame, slander, and hate that has been directed towards the LGBTQ+ community.

With non-offending pedophiles, I agree with Ender: The pride also comes from remaining offense-free, and that includes being free from child sexual exploitation material (child pornography). Ender has said in other contexts that to be a part of the LGBTQ+ movement would be a mistake. In most ways, because of the difference in the ability to act ethically on attraction between LGBTQ+ individuals and pedophilic individuals, I agree with him.

While there has been a push to have “pedosexual” included in the LGBTQ+ movement (Heart Progress), this push turned out to come from alt-right trolls, not any formal organization of pedophiles that actually seek to include pedophilia in the LGBTQ+ movement. Pedophile communities are organized loosely: While there are moderators and some leadership from people similar to myself, Ender, Ethan Edwards (Virtuous Pedophiles founder), Todd Nickerson, etc, there is not any formal person that speaks for all pedophiles. Pedophiles are very divided on a vast range of subjects, with varying degrees of nuance to each subject.

To Be Safely Out

That is what I want, more than anything in the world: To be able to be me, not just on Medium, not just on Twitter or other social media, but in real life, too. Sure, I am out to the most important people in my life: The man I am about to marry, all my friends and family. They all support my advocacy as well. However, we know what the consequences would be as far as a job goes. I would be fired, and not many companies would hire me upon finding out, due to the stigma that comes with being a pedophile. The same or similar consequences would happen with housing: No one would want to be neighbors.

And that is just the start. My name would get dragged all over the internet as a joke, my picture and information plastered up for all to see. Trolls and haters would flock to me as an easy target, as they already do on Twitter. Sure, I would get private messages still, telling me how great it is that I am standing up and educating people about the subjects I cover. Yeah, people would still commend me for wanting to protect children. But the whole of society? It is a popularity contest, and the lepers in society, they lose. That is the reality that a pedophile faces if they are outed, or come out. There are only two men that I know of that have been brave enough to do this: Todd Nickerson and Gary Gibson. Both continue to be attacked by virtue-signalling trolls that care nothing for protecting children.

Someday, I would like to join them and finally be me, without the fear of the hate and the backlash. I want to see that someday for young pedophiles in the future, that they can safely come out to family and friends without having to worry what people will think of them. I see every day the pain that it causes people to not feel safe sharing that with people in real life, or to socially isolate themselves in all but online communities, because they fear losing friends, family, and more.

So, Do You Think Pedophilia Should Be Part Of The Movement, Or What?!?

Excellent question. There are strong arguments, both for and against.

I do not want anyone getting the impression that pedophiles want to make child sexual abuse an acceptable thing, because as I just discussed, we mostly do not want that. At the same time… I am sick of being looked down on for something I never chose. I chose to advocate against sexual abuse, I chose to spend a lot of my free time hunting down resources and information to put into a website, and I chose to put myself out there because it is the right thing to do. It is the right thing to do for children, so they can be protected, and it is the right thing to do so that young pedophiles can get the help and peer support they need so that society’s expectations of them — that they will become monsters who prey on children — do not get realized.

So, to answer that question, I will say this: You decide.

9 Responses to LGBTQ+… And Pedophiles?